Description Provided by Goodreads: Hannah Dawson has a big problem: she’s just become the unexpected owner of a snarky cat, a loveable but not-so-bright dog… and their $10 million fortune!

Which would be awesome if it hadn’t made her the target of every wacko in the metro Atlanta area. Now Hannah and her famous pets need protecting and there’s only one man who can help them…

Only Zach’s got secrets of his own – not least that he finds his new client irresistibly hot. The more time he spends keeping Hannah out of harm’s way, the more he’s tempted to give in to the attraction… even if it means breaking all his own rules.

I was first attracted to this book, as I am to most other books, by the gorgeous looking guy on the cover. He is just so good looking and he's wearing a tux! How could I resist?!?!?

Story Line: I really enjoyed this book because while I was reading it I could picture it as a movie and it was as if I had a movie playing in my head. I loved that instead of going the traditional route of the girl being in direct danger, Angela Campbell decided to put the animals in danger. This is different from other books and the refreshing new story line made the book more interesting. I also loved that the book had both Hannah's and Zach's perspectives. I loved all the mystery in the book, it's as if the movie playing in my head had a hint of a treasure hunt in it that made it more interesting. I also loved the curveball with Zach after he is injured and the other twist at the end of the book, both of which I did not expect and both of which kept me on my toes and wanting to read more.

Characters: I love the animals' personalities in this book, if you read the book you'll know what I'm talking about. I really enjoyed reading about Hannah's story because she's a strong character that got over a humiliating and dreaded experience; plus, she was so sweet and loyal to her pets. It was inspiring to read about a character that didn't let anything stop her from getting what she wanted, including a reluctant but also willing Zach. What can I really say about Zach's character? He was amazing and guilt ridden but he overcame all that, plus he's gorgeous too!!

Overall: I loved the humor, suspense, mystery, action, lies, and romance in this book. I would definitely recommend it to anyone, plus it's only about $8 on amazon. You'll have a great time reading this book or you can always just stare at the guy on the cover.

Rating: Overall I would rank this book an 8.

About the Author:
Angela Campbell is an overachiever with a soft spot for men who dress funny. Superman, Charlie Chaplin, Dracula, Doctor Who, Elvis - those are her kind of heroes. An eclectic reader who loves almost every genre, Angela read her first romance novel at 16 and immediately endeavored to write one, too. Many offbeat attempts (and a couple of decades) later, she published her first novel through Carina Press and has since sold a three-book series to Harper Impulse. With every story she pens, Angela aims to build in a paranormal element to a contemporary and recognizable world with characters who find love in oftentimes humorous and extraordinary situations. A mild-mannered reporter with almost 15 years experience as a general assignment reporter, features editor and graphic designer, Angela has also worked as a production assistant in TV and film. An advocate of animal rescue, she loves all animals, especially her sidekick-in-fur, Dusti.

Today's quote is from Chloe from the Darkest Powers Series by Kelley Armstrong!!!!:

"This was what I wanted. This guy. This life. This me. I was never getting my old life back, and I didn't care. I was happy. I was safe. I was right where I wanted to be.”

"That's what this is about, Derek. You won't let us worry about you because you don't think you're worth it. But I do. I absolutely do."

Prince Maxon from The Selection

Hayden from Lost in Starlight 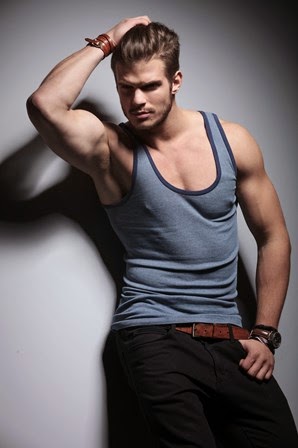 Zach from On the Scent 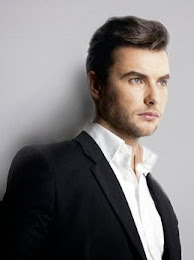 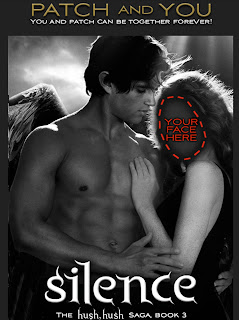 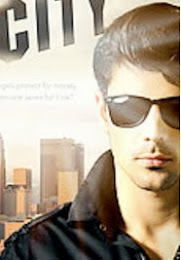 Chris and the bros from Storm